Boom and Zoom / Energy Fighting / Other Information
•Boom and Zoom: Aircraft capable of high speed, controllable descent, vertical speed and sustained climb are best suited for the BNZ. This is something the Germans are famous for in WWII that allowed them to decimate Allied aircraft. You begin with an altitude advantage, drop down on the enemy, wait until the last possible minute, fire, pull off and escape with the accumulated energy in the descent. It's advantageous to maintain an energy advantage throughout your time in the aircraft; even when not in combat. Once you start to lose energy in a climb, regain it with either another committed dive-attack or short dive/level flight/slight nose-down. One American aircraft capable of this in Warthunder is the Kittyhawk. In WWII the Germans accomplished this with aircraft such as the 109. Do not overextend yourself against turn fighters. Other aircraft: LAGG, Yak.

•Energy Fighting: In one word this can be described as potential: for maintaining or gaining speed or climb rather than the assured loss of it over the enemy. Know the potential of the aircraft near you. Right now in 1.27 things are pretty weird. A YAK7 in a 300MPH/482kmh High Energy climb can be harassed by biplanes like the Nimrod or I-153P. Losing energy potential or build up is dangerous.
•Situational Awareness: Awareness of allied and enemy aircraft around you. "Lose sight, lose the fight".
•Deflection Shooting: Hitting an aircraft from any angle and leading the target. The lead indicator is only helpful at doing this well. This requires a great deal of foresight and this is where a lot of skill comes into play. It's just as important to setup your attack for an easier shot.
•Turn Fighting: One reason that the Japanese aircraft excel at turn-fighting is their low speed. The reason for this is simple: At higher speeds you begin to approach the target in the turn. In a turn fight, you do not want to get closer to the target. Doing so will force you to turn harder to maintain a consistent weapons fire or solution. While other aircraft do excel at turning, they begin to overtake the target when doing so. At pure turn-fighting: the Japanese reign.

One Second Burst Mass: The amount of mass ejected from the aircraft's gun in one second. Think of it as a measurement of Burst DPS (Damage Per Second). 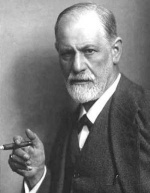